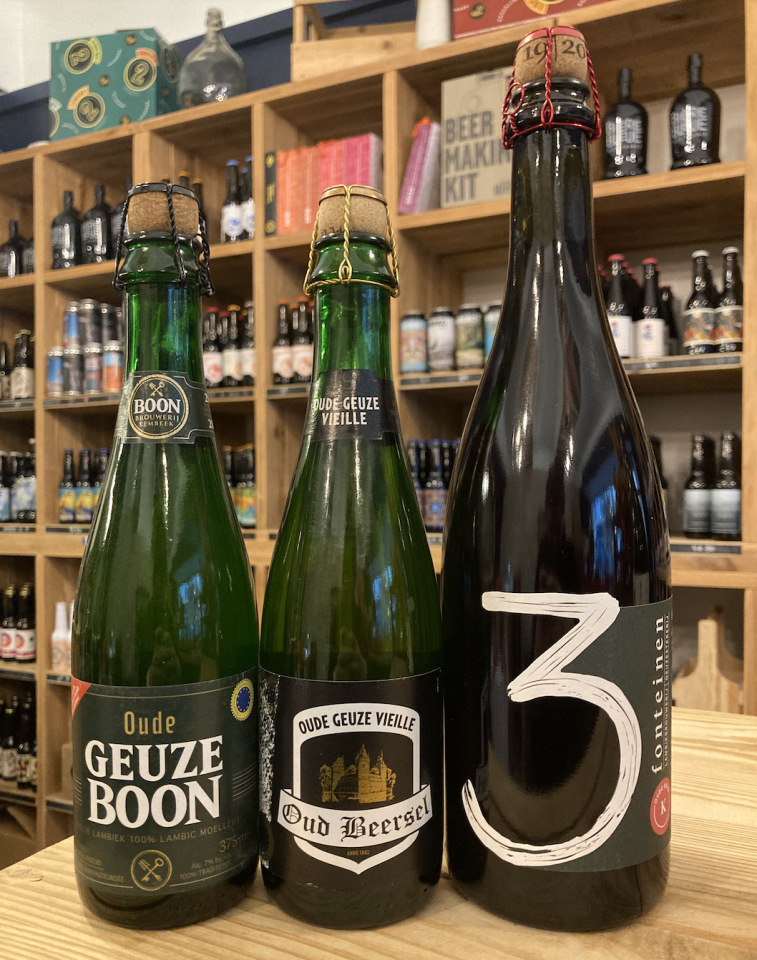 The traditional Gueuze : a bubbly, complex, exciting alternative to champagne

As one of the many Gueuze story goes, a brewer on Gueuzenstraat in Napoleon-occupied Brussels would refill empty champagne bottles with his Lambic beer & a bit of sugar before sealing the bottle with a cork (like champagne!). The beer was deliciously successful and baptised "the beer from Gueuzenstraat", later shortened to Gueuze. But that's just one version of the story.

This is my favorite beer to serve to unsuspecting guests, from beer geeks to non-beer-drinkers : the balance between its funkiness, acidity, bitterness and bubbles will surprise and delight (almost) anyone !

This tart and effervescent 'champagne of beer' will drink wonderfully as an apéro paired with a goat's cheese or seafood.

If you would like to read more about the old and mysterious history of the Gueuze, I strongly recommend the article "Gose and Gueuze: A Tale of Two Sours - Act 2 : The Search for the Origin of a Belgian Masterpiece: A Wild Gueuze Chase" by Daniel Leonard.

THE FALL by La Débauche (12%) : a bourbon-barrel aged barley wine. This beer is born from a 3-way collaboration : the barrel of Bimber bourbon was selected by La Maison du Whisky, and the beer was brewed in collaboration with craft beer distributor DBI. At 12% ABV, careful not to Fall after drinking !

LE BON VIEUX TEMPS by Brasserie du Grand Paris (5.4%) : a sour farmhouse created by assembling a rhum-barrel aged beer and a wine-barrel aged beer, which was then aged between 1 and 4 years. Very sour and funky, I recommend you let this beer sit out of the fridge for a good 10mn before opening.

CUVÉE COURSON by Sacrilège (5.6%) : this saison / grape ale is a beer naturally fermented on marc de Viognier - a white grape variety from the Rhône valley - then barrel-aged for 16 months, blended with a young saison fermented with a house blend of yeast. 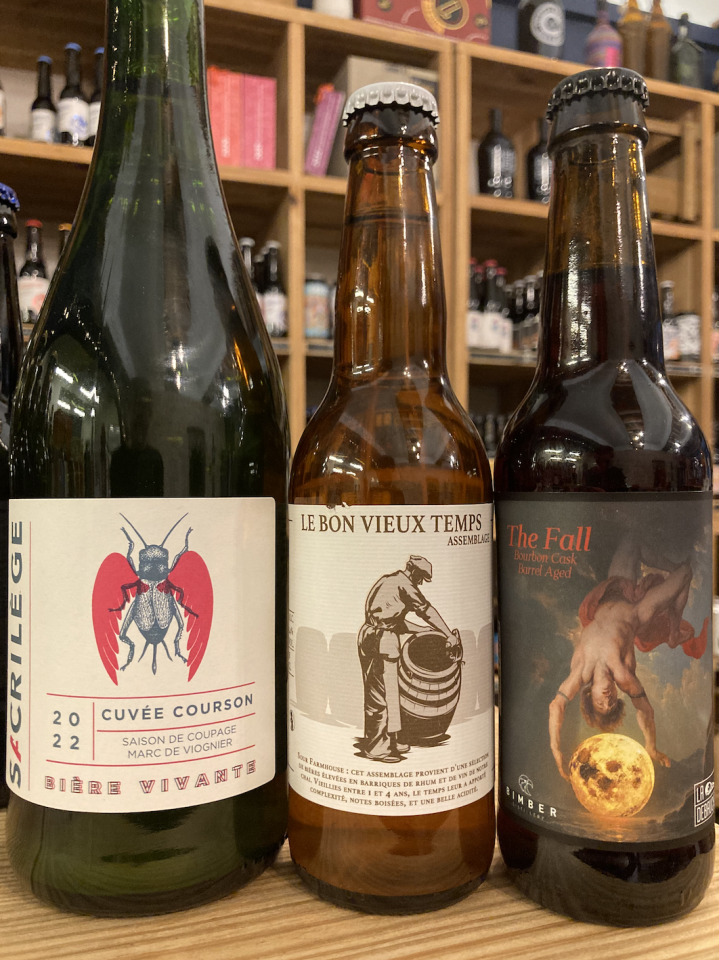 I would suggest pairing the Cuvée Courson & Bon Vieux Temps with a fatty or very sweet dish. The Fall pairs well with a red meat, or as a digestif. 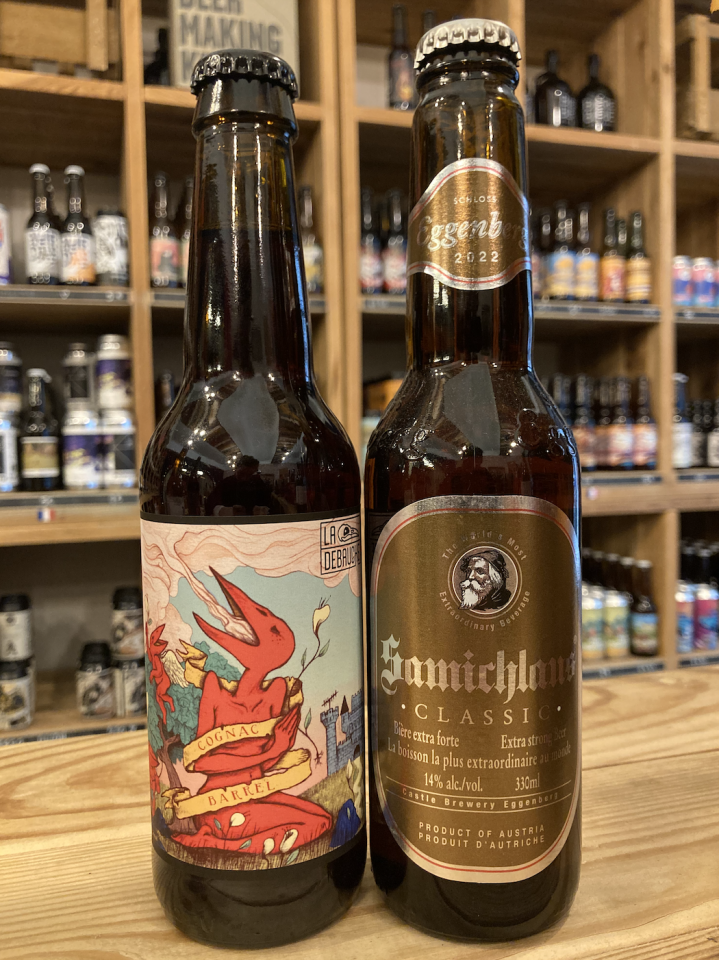 Something strong to end the night

COGNAC BARREL by La Débauche (9.5%) : brewed by one of my all-time favorite French craft breweries, this strong (9.5%) amber ale will charm you with its sweet, caramel deliciousness. Pairs wonderfully with a strong cheese, or a fruit tart.

SAMICHLAUS by Schloss Eggenberg (14%) : traditionally brewed on the 6th of December of each year and aged for 10 months, this Austrian classic pairs with decadent chocolate desserts or stands on its own as a post-dinner digestif.

Fun fact: at one time this was the strongest beer in the world! That record has now long been surpassed...

Winter Pale Porter : unlike anything you've ever tried before

What Christmas without a Christmas beer ? Brewed by our in-house Brasserie BLEUE, 2022's Winter Pale Porter (7%) is a silky, decadent beer with strong notes of wood, honey, and a hint of lemon that lingers on the tongue. Sip by the fire, with kitten on your lap.

Read all about December's beer of the month here. 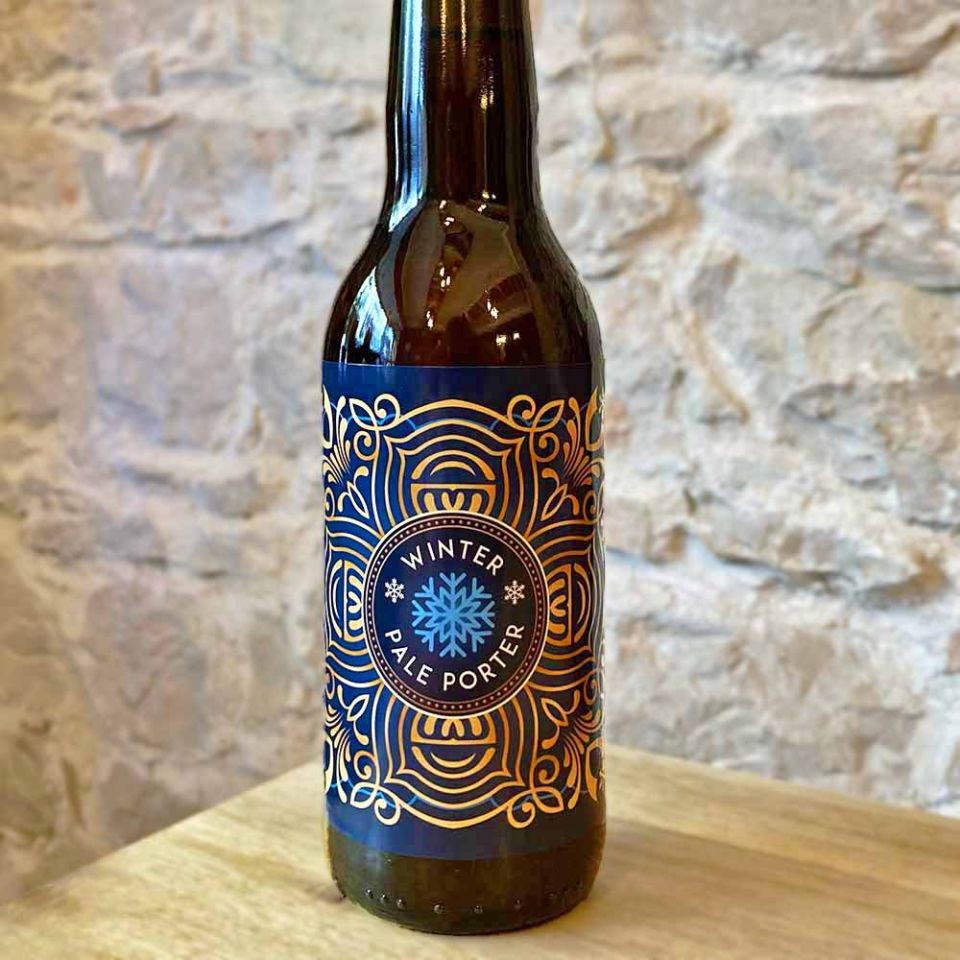 All of the beers mentioned above are for sale at the shop.
For more information about beer pairings or fun beers to try during your holiday meals, feel free to stop by the shop and have a chat with us 😊 Craft beer of the month : January
PIÑA COLADA SOUR   by COLLECTIVE ARTS BREWING (Canada)   "a taste of summer in the mi...
Read More