Craft Beer of the Month - October

It is customary that, during any beer or brewery-related meeting, beer be had (for obvious reasons).

During our last Concours du Brasseur Amateur de Nice meeting at the Backyard Brews lair, we had an avant-première taste of their latest creation : a Rye IPA.

The Backyard Boys are no strangers to the grand and complex world of IPAs : the brewery already produces four different styles of IPA (the IPA which won the Concours International de Lyon Gold medal in 2019, a New England IPA, a Black IPA, and a Brut IPA). Therefore it came as no surprise (to me, at least) that this beautiful infusion of El Dorado hops and Rye made theirs best rye IPA I've ever had.

Taken from the Beer Judge Certification Program, a rye IPA is

"Color ranges from medium gold to light reddish-amber. Should be clear, although unfiltered dry-hopped versions may be a bit hazy. Medium-sized, white to off-white head with good persistence"

Backyard Brews definitely hit the nail on the head with this one : a strong fruity aroma, smooth body, grainy-malty flavour balanced with the beautiful tropical and resinous taste of hops. For the grand finale : a dry finish. 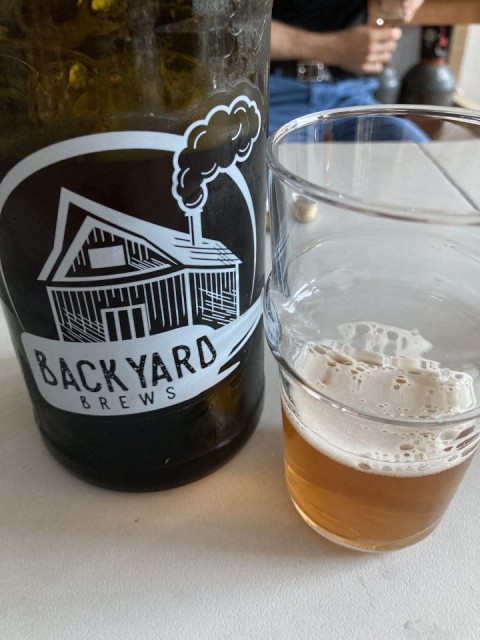 Meeting and dégustation at the Backyard Brews lair. Not pictured : the many refills I was kindly served during our meeting, and the many bottles I have consumed on my own time.

Backyard Brews was founded in 2018 by Yoann and Nicolas in - you guessed it - a backyard !

Their path to becoming professional brewers is similar to the 'typical' birth-of-a-brewer story : all it took was a homebrewing kit (and a couple of trips to the United States and Canada) for their love of beer to grow exponentially and blossom into one of the top microbreweries in the Alpes-Maritimes.

You can read more about Nicolas and Yoann's paths-to-beer here.

Nicolas and Yoann are also co-organisers of the 2020 edition of the Concours du Brasseur Amateur de Nice, along with the Brasserie BLEUE and the Brasserie Craftazur.

Why ? Few things taste better than a beer poured straight from the tap, or freshly hand-bottled by passionate brewers. 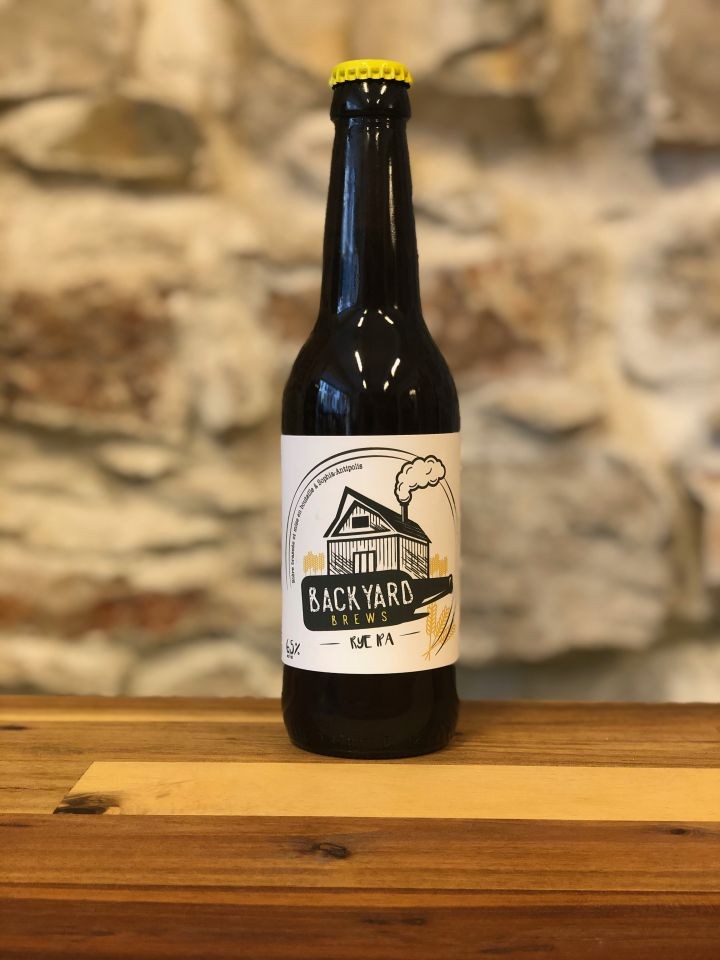 Backyard Brews' rye IPA and other beers are available at Allez Hops !

Craft Beer of the Month - September