NB : the first draft of this article was written during the first french confinement when the idea of an apocalypse was still a funny impossibility and too-oft repeated joke. Yikes.

If ever the apocalypse hits, I like to think that I'll be prepared. No, I'm not talking about that kind of apocalypse with zombies and diseases and a devastating Twinkie shortage. I'm talking about the kind of apocalypse where all beverages will cease to exist - their production methods becoming incompatible with the... well, apocalypse. Good news is, all that will be left is beer (so really it will only be considered a 'bad thing' to some people - but not me). No more Spritzs, no more house wine, no more shots of cheap tequila that you paid 10€ for at a bar. Only beer.

No wine ? No champagne ? No PASTIS ? Et bah merde. The most extroverted and gregarious will form les gilets assoiffés, riots will break out throughout France (no one knows why or to what end, it's just instinct for us at this point). However people will eventually recognise and accept that beer is the greatest alcoholic beverage out there and there is nothing anyone can do about it and... I digress.

Long story short, picture yourself in a world where there is only beer. Imagine this actually happens. Won't you be glad to have read this short guide on the perfect beer counterparts of your favorite alcoholic beverages? I know I would. Be prepared, let's get started.

Getting into craft beer

The beer amateur's craft journey typically starts with a basic pale ale or pilsner-type beer : something light, something balanced, something passe-partout (check out the approachable styles for beer beginners guide). From there, the eagerness or the willingness for experimentation and discovery settles in. I'm going to skip ahead to the more adventurous and un-usual beers that beginners wouldn't typically try off the bat.

When customers or friends turn to me for beer recommendations, I always start off by asking what they usually drink : do they prefer red wine, or are they more of a rum and coke kind of person ? Do they drink a lot of coffee, or prefer orange juice ?

I tried to take into account the prominent flavours and mouthfeel of each non-beer beverage and attempted to pick out a style that has similar (not identical) characteristics. For example, a person whose favourite drink is water probably won't enjoy a barrel-aged oatmeal milk stout - in fact, if their favourite drink is water, then I'm probably not talking to them.

Besides the silly introduction, I hope that this guide can serve as a way to introduce non-beer drinkers and beer beginners to the sometimes intimidating world of craft (I would like to precise that the following beers are based on my own opinions and are not backed by science or IPSOS - please don't come for me).

...you probably appreciate spicy, earthy flavours. Some beers, such as Berliner Weisses or Goses, may be too sour-forward or too tangy for your tastes. Flanders Red Ales are the perfect mélange of sweetness, acidity, fruitiness and maltiness. I suggest you pour yourself a glass of :

The Duchesse was my first ever Rouge de Flandres and will therefore forever remain my favourite and go-to in that category. While the Duchesse is quite tangy, other Rouges de Flandre are not necessarily so (gotta try 'em all).

The Flanders Red ale, according to the BJCP, is "deep red, burgundy to reddish-brown in colour... complex, sour, red wine-like Belgian-style ale". This particular beer pairs wonderfully with stews and chocolate desserts.

When tasting the Duchesse during the ateliers de brassage, clients either adore her - the fruitiness, the cherry flavours, the light carbonation - or hate her - the vinegary taste, the acidity. 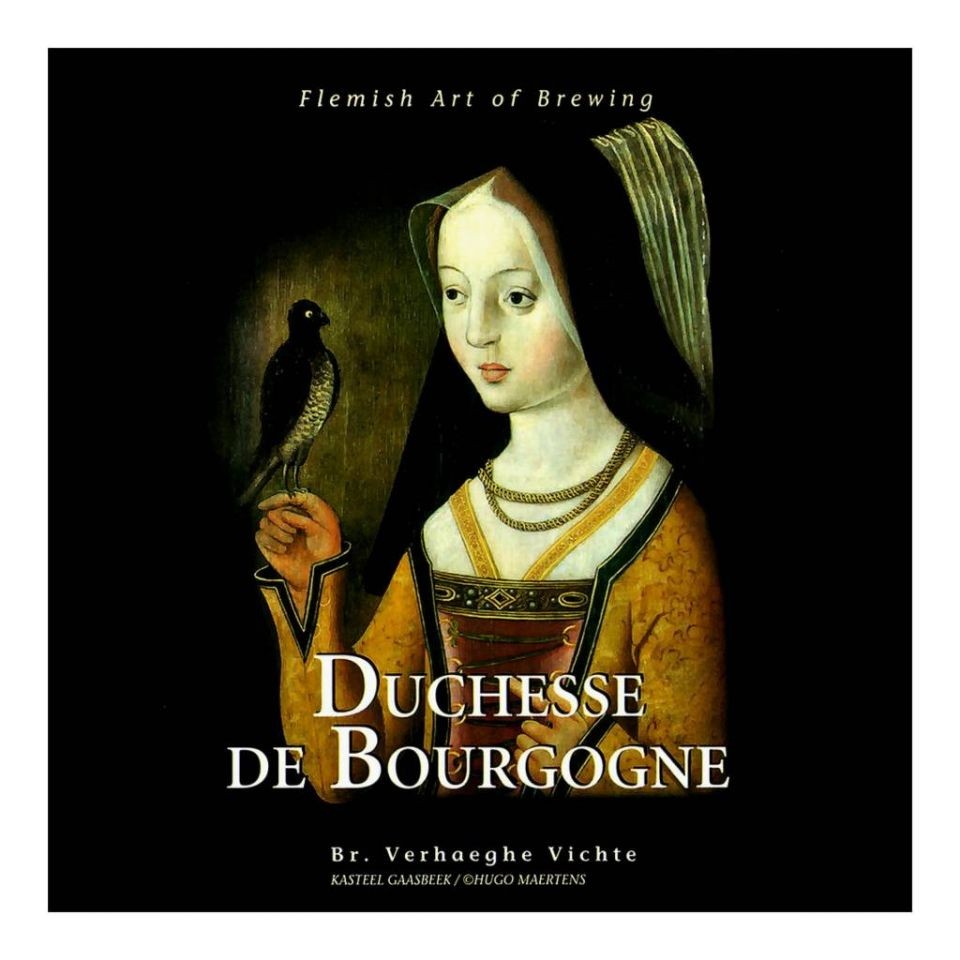 ...you probably enjoy the combined sweetness and dryness of the classic cocktail. I think that French brewery Elixkir's Docteur Folamour will satisfy your cravings :

Its low alcohol content (4%) and light salinity makes this ginger gose the best substance that could be introduced into your "precious bodily fluids".

To be enjoyed very cold by the pool or in front of a screening of Doctor Strangelove (drink every time General Ripper says 'bodily fluids').

3 - If you enjoy hearty digestifs, tumblers of whiskey, or shots of liquor...

...you probably want your beer to light a small fire inside your gut & warm you up (this is a no-smoking zone). In this case, barrel-aged stouts and "reinforced" stouts are going to be your best friend, including but not limited to the dangerously delicious Victor Joyce Stout :

What happens when you cross an imperial stout with a whiskey barrel ? The Brasserie du Grand Paris' Victor Joyce Stout is what. Imagine an Irish coffee without the coffee & Kahlua, served cold. What else can I say except for... cheers (and drink responsibly) !
The brewery brews other barrel-aged beers, such as the a bourbon brown ale, if whiskey isn't your thing ! 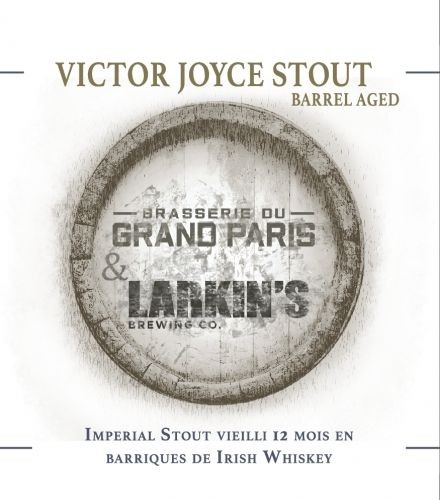 ...you'll probably appreciate the darker, more bitter and cereal-forward beers that the industry has to offer. If you like a little cream, sugar, or hazelnut in your coffee, there are also some fantastic crafts out there for you (I'm thinking of Rogue's Hazelnut Stout or BrewDog's Jet Black Heart).

If you're in the United States, Canada, or even the UK you probably already know about coffee stouts. As the rookies of the craft beer universe, the south of France has little to offer in terms of stouts or any other kind of dark beer (called bière noire). One local brewery defied local preferences and brewed what I believe is the best coffee stout there is.

Blue Coast's Kawa Stout is brewed in St Isidore, in collaboration with the Italian coffee company Malongo. Super rocker-brewer Robert created a beer whose coffee flavour and aroma are so strong, you could drink it in the morning with your croissant - what else is there to add ? 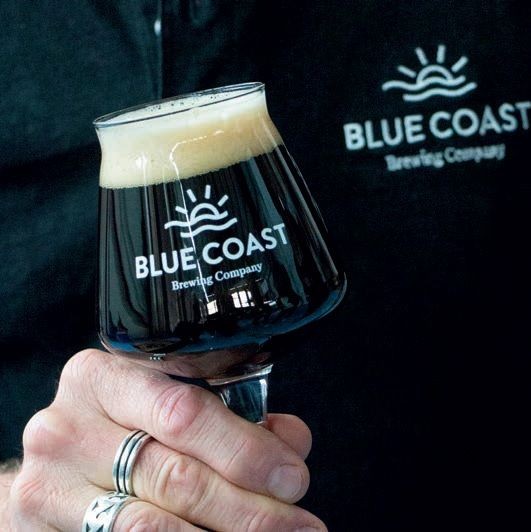 ...then I strongly recommend you first check out our Houblonitos recipe. Then, you should absolutely try the unique and astonishing Spontanbasil, a collaboration brew between Belgian brewery Lindemans and Danish brewery Mikkeller.

The light tartness of the Lambic gorgeously complements the freshness of the basil, making the Spontanbasil the perfect drink to enjoy over some tomates-mozza or during apéro by the pool on a hot sunny day in the south of France (definitely not speaking from experience).

Only available in 75cl bottles, this one's for sharing... or not (definitely not speaking from experience). 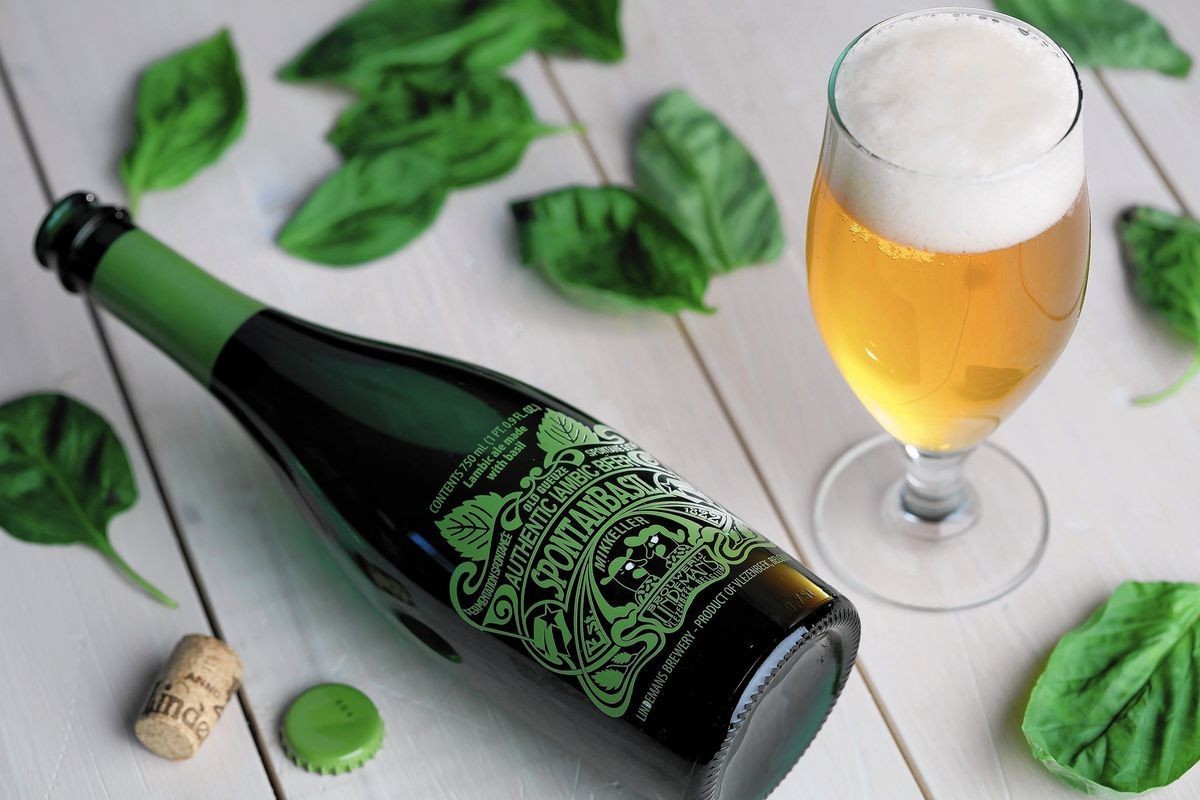 What are your thoughts ? Don't hesitate to leave a comment with your personal impressions and with which beers you might have converted a non-beer drinker to craft. Again, this article is based off of my own experience and the above are just suggestions.

Stay tuned for more articles by signing up for our newsletter :)

No comments made yet. Be the first to submit a comment