The Association des Brasseries Indépendantes des Alpes-Maritimes (BIAM) organised Nice's first ever craft beer festival in September 2021, an event that highlighted the know-how of the local craft breweries in the Alpes-Maritimes.

The Nice Beer Festival was held over two days in September 2021 at the headquarters of the local newspaper, le Nice Matin, on boulevard du Mercantour.

Over the course of the weekend days, sixteen different craft beers brewed by eight separate local breweries poured from the giant pop-up bar, much to the delight of families, friends, beer geeks and non-beer drinkers alike.

Check out the eight breweries that were present, and some of their beers you might have tasted over the 2-day event: 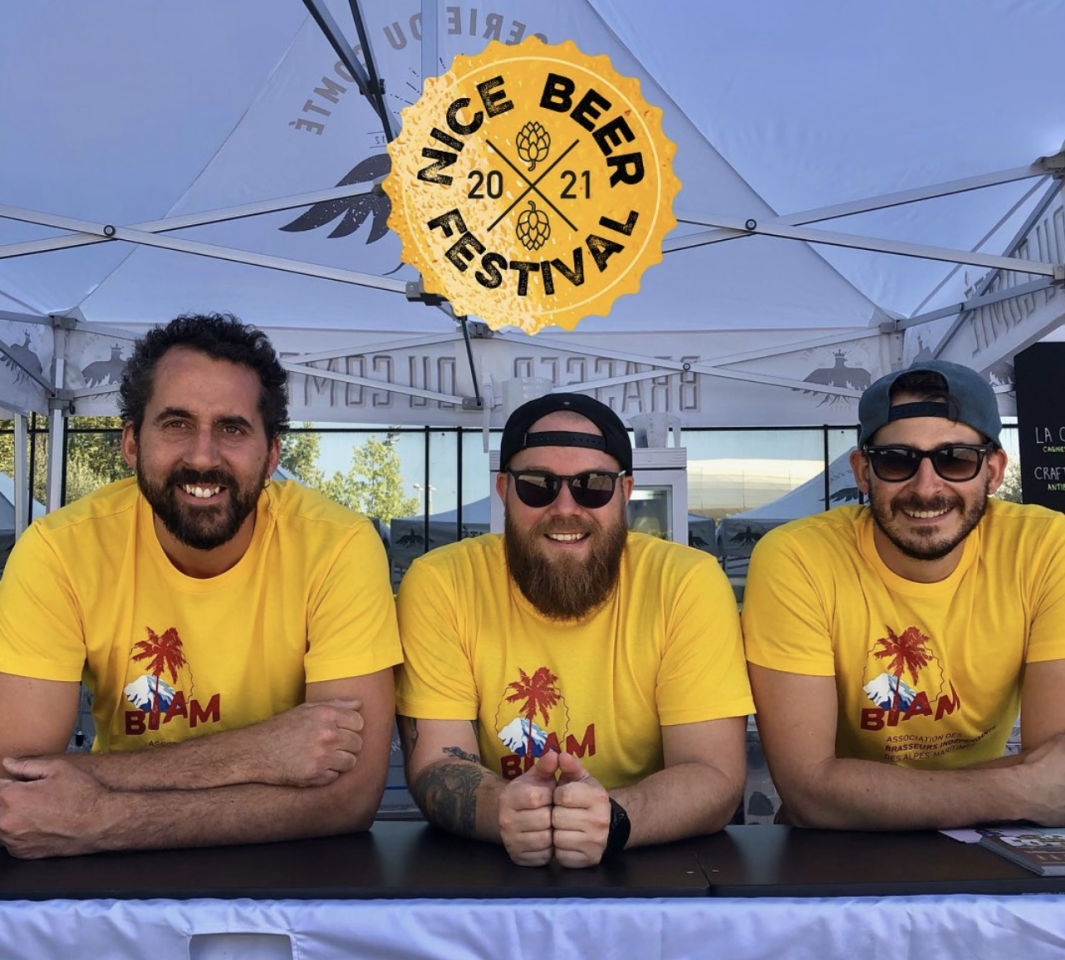 United behind one fifteen-meter long bar, the eight breweries from the Alpes Maritimes took turns pouring and serving each others' beers on top of their own - rather uncommon in a typical beer festival setting.

Uncommon yet effective, as it encouraged festival-goes to taste and discover beers they might not have encountered in a different setting - as well as challenge the present breweries on their colleague's beers 😉

The Nice Beer Festival's 'Beer Passport' equally encouraged festival-goers to sample each brew : tasting at least one beer from each brewery counted as an automatic entry in the festival's tombola. Prizes included packs of beer, craft beer paraphernalia and even tickets for bowling, laser-tag and axe-throwing.

The festival included fantastic live music from French record label Dime On, lead by local superstar Medi, with performances from...

Delicious food, from burgers to donuts, were provided by food trucks hand-picked for the occasion. Festival-goers were encouraged to pair their beers with special hand-made concoctions from

The Nice Beer Festival was quickly followed by Mougins' Oktobeerfest.

The same eight breweries served over 15 000 beer drinkers over the course of three days at Mougins' Ecopark.

Until then, check out the Nice Beer Festival video below !