Tucked away in a quiet side-street in the heart of the Vieil Antibes, you will find one of the Côte d'Azur's latest up-and-coming micro-breweries.

The Impasse d'Andreossy has been, for the last two years, the street to get a freshly brewed cup of coffee or a pint of Collective Arts beer at the One Way Café.

My mom and I had the pleasure of discovering the cozy coffee shop and its kind owner last summer for my birthday (back when we could actually go out for drinks in bars...). On tap : two IPAs from one of my favourite breweries, Collective Arts. 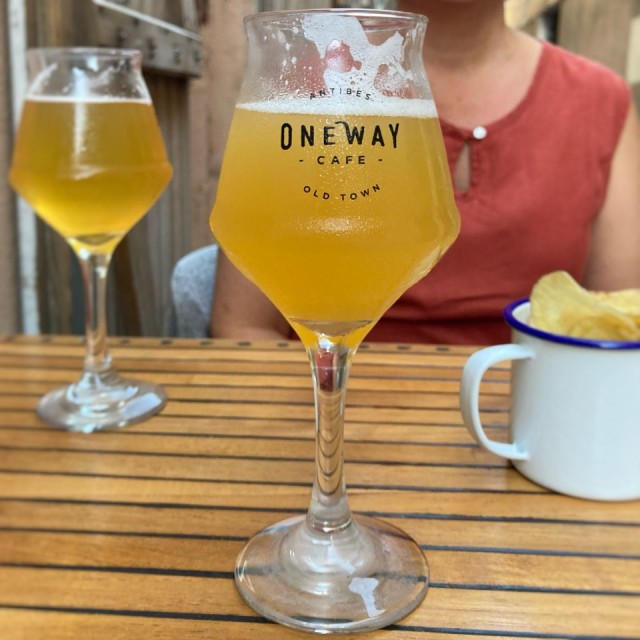 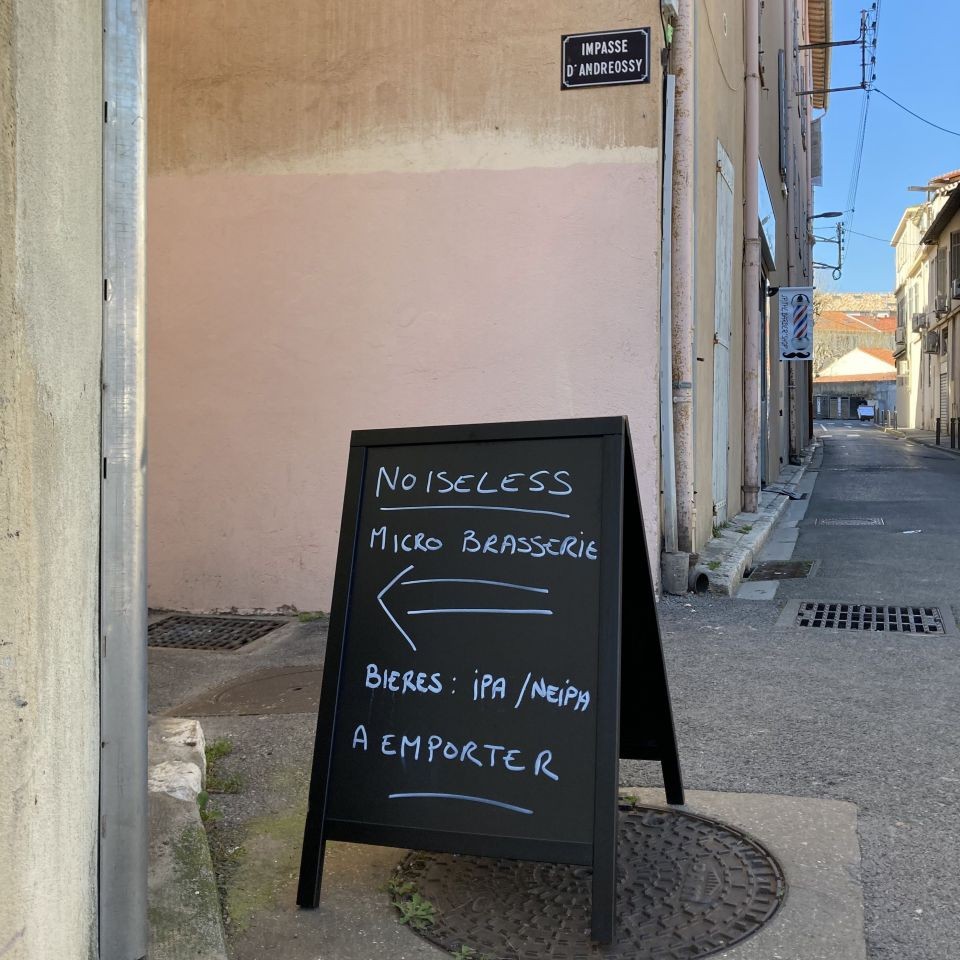 Since January 2021 it has also become the home of one of the Côte d'Azur's latest up-and-coming breweries : Noiseless Brews.

A collaboration between three passionate beer-geeks, I first came to hear of Noiseless during the 2019 edition of the home-brew competition, in which they won third place.

Historically, 20% of the home-brew competition participants become professional brewers, therefore it came as no surprise to me that they would build their own brewery and commercialise their recipes.

On Saturdays, we brew beer.

A new Noiseless beer is brewed every Saturday. The wort was just coming to boiling temperature when I arrived. In the kettle : a fragrant, soon-to-be IPA.

Past beers include a Session Oatmeal IPA (my favourite), a DDH Kveik NEIPA, and a Juicy IPA as part of their Small World series.

In addition to IPAs, Noiseless also intend on brewing sour beers in the future. 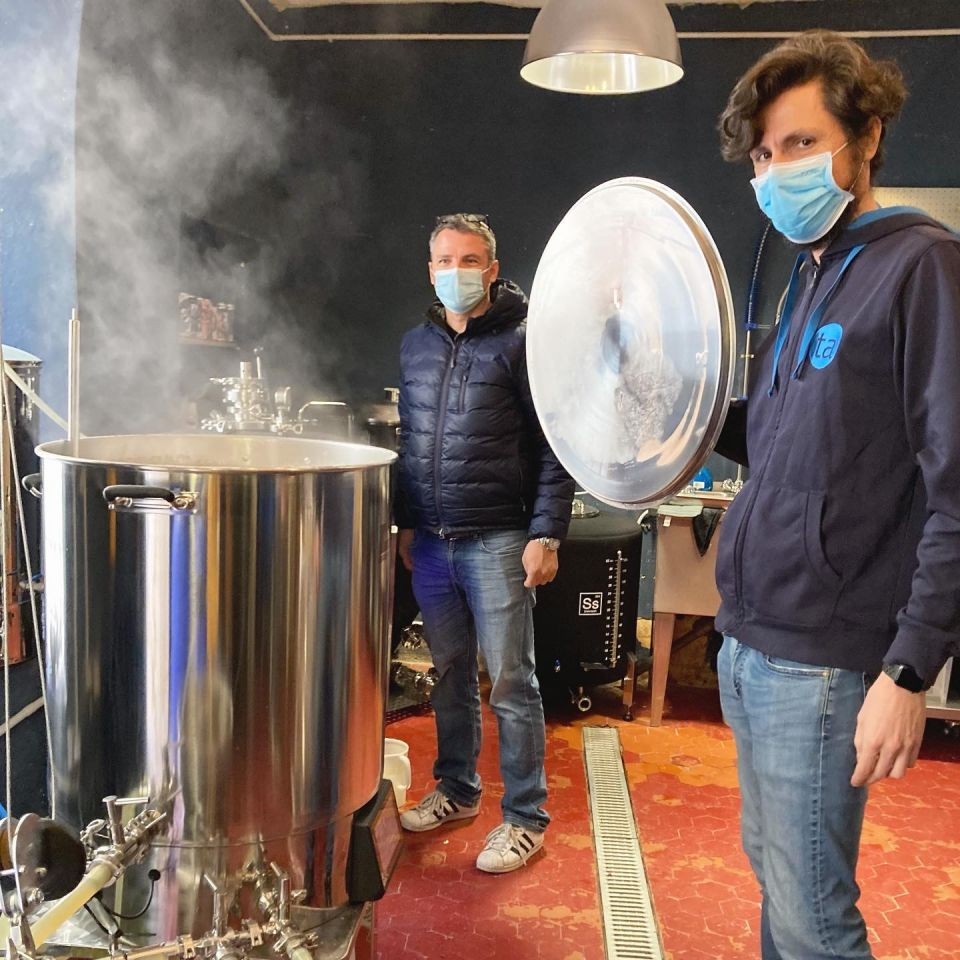 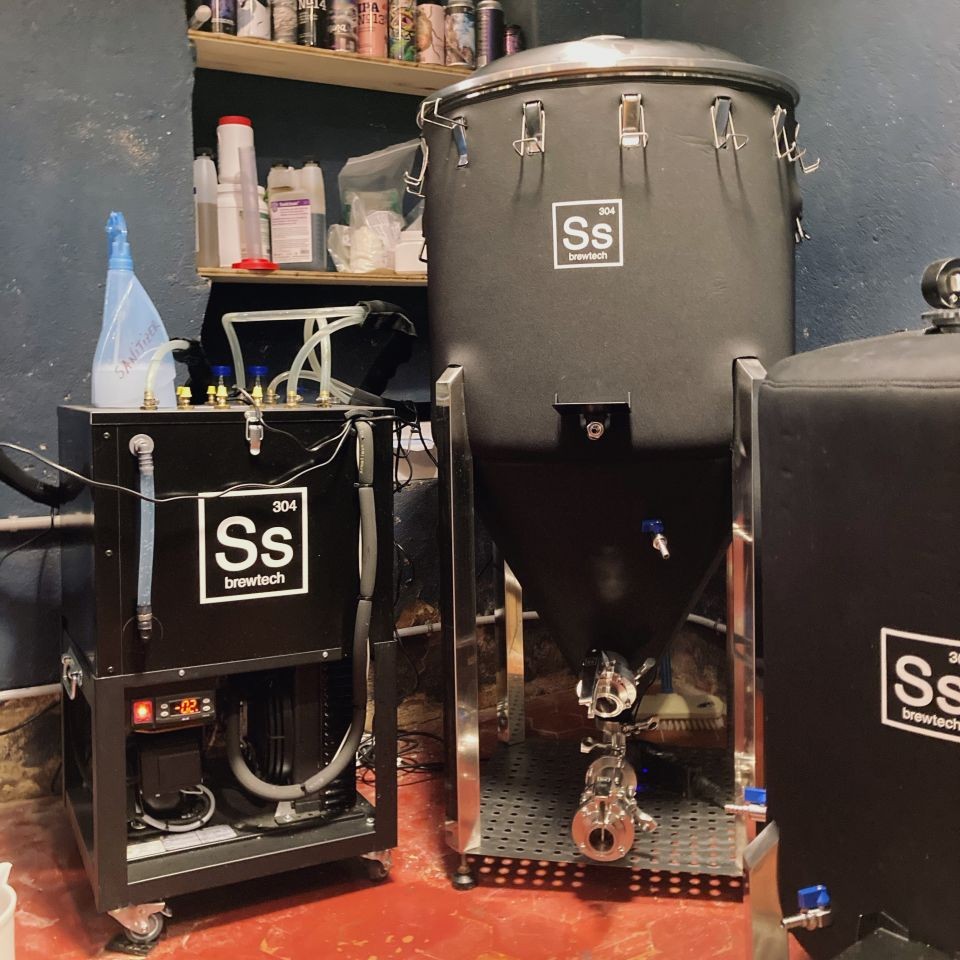 If working in the 19-square-meter Brasserie Bleue for the last year has taught me anything, it's that the quality of the beer relies on the skills of the brewer and their equipment (in other words : it's not the size of the ship).

The Noiseless brewery - which is no bigger than my bedroom - is also the home of some of brewing's finest equipment : SS Brewtech. Internationally renown breweries such as Brooklyn and Russian River are powered by SS Brewtech.

With their equipment, the beer geeks can produce approximately 250 cans per batch.

I chose the right day to visit the brewery, as we cracked open their last ever can of Just IPA, an American-style IPA with Ekuanot and Nelson Sauvin hops.

Drinking beer is always fun and definitely one of my most favourite things to do (especially on a sunny Saturday afternoon in the south of France), but drinking it at the source in the company of the brewers themselves heightens the experience.

Noiseless beer on tap will be available directly at the One Way Café as soon as local Covid-19 restrictions are lifted. Until then cans are available for take-away on-premise or at the cave à bière Allez Hops. 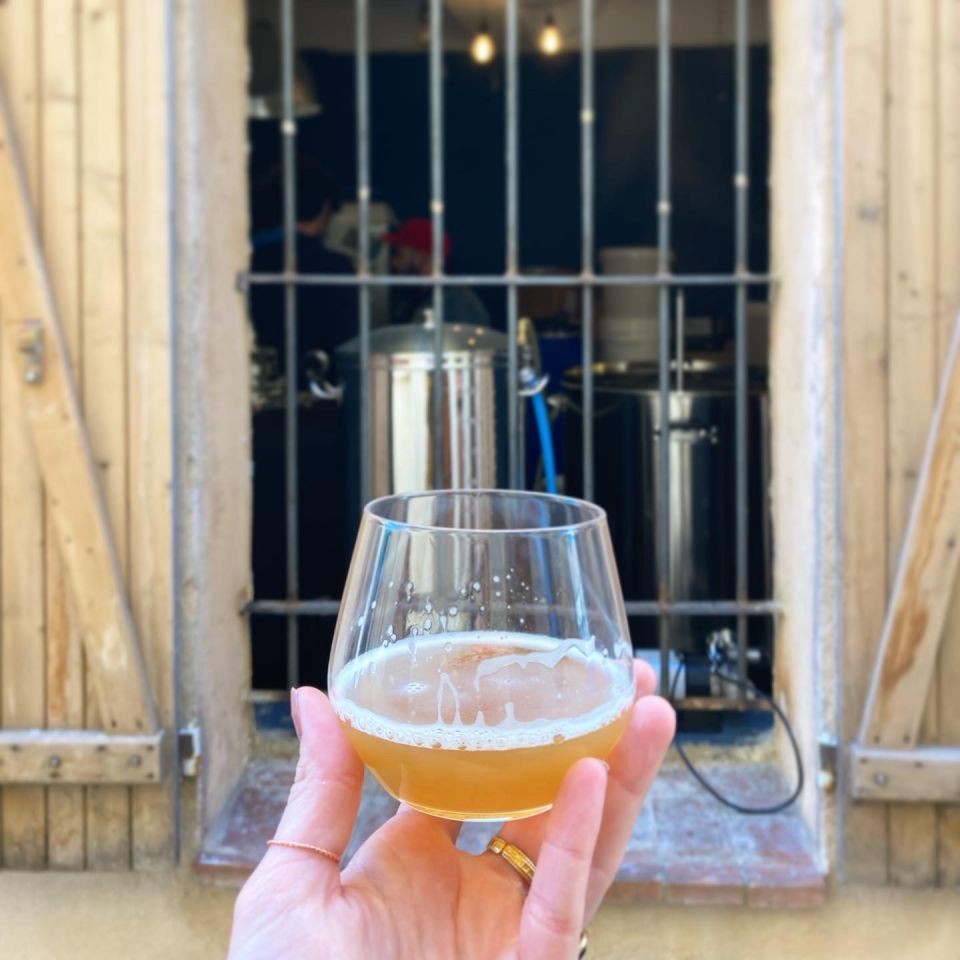 Visit the Noiseless brewery on Saturdays from 8h30 to 18h.

Craft Beer of the Month - October

Craft Beer of the Month - September

No comments made yet. Be the first to submit a comment Craft Beer of the Month - October
It is customary that, during any beer or brewery-related meeting, beer be had (for obvious reasons)....
Read More Le Concours du Brasseur Amateur 2020 : 19 Beers Later
19 beers later and we finally have the winners of the 3rd edition of the Concours du ...
Read More